Blue wants to celebrate by adding a special memory patch to her Holiday Quilt, but what patch does she want to add? As preschoolers help Steve figure it out by playing Blue's Clues, they explore and celebrate three winter holidays - Christmas, Chanukah, and Kwanzaa! 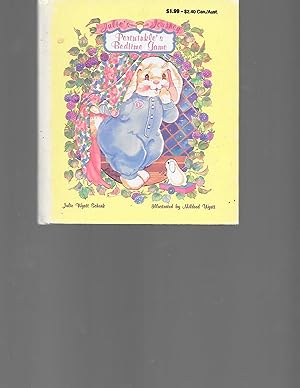 How beautiful Blue and Steve want to go out and play. But before they do, preschoolers need to help search for clues to figure out what Blue wants to do in that wonderful white snow. Blue's Clues- Blue's Big Band. Plus 2 Bonus episodes from "Rhythm And Blue"!

Clap with Steve! Sing With Tickety! Skidoo to the beach to dance to rhythms! It's a day full of song games! But what song games does Blue want to play? To figure it out, preschoolers play a musical game of Blue's Clues while playing classic preschool song games too! Music In An Everyday Way! What's that sound?

It's the rhythm of the rain, the march of footsteps, and other everyday music playing all over the house! As preschoolers play Blue's Clues to help Steve figure out what everyday music Blue wants to make, they'll discover that music is everywhere! Get ready for two searches in one!


Blue and Steve are searching for a hidden treasure. Steve is playing Blue's Clues to discover who set up this special hunt! The adventure starts when the map is opened and it doesn't end until Blue and Steve discover the secret treasure!

The stars are out in this nighttime visit with Steve and Blue! And a pajama party is just the place to explore the sights and sounds that only come out after dark. Your preschooler will have a night to remember - because this kind of slumber party only comes along once in a Blue moon! Blue's Clues- Blue's Jobs. Occupations Find out which jobs Blue's friends are pretending to have, as you help Investigative Reporter Steve uncover the clues that reveal what job Blue wants to pretend to have too.

Help her get ready for the visit, all while helping Joe play Blue's Clues to figure out what Blue wants to do after her check-up. Mechanics Become a mechanic and help blue fix her broken toy airplane.

Playing Store Blue and friends set up shops, and you can help Joe purchase things in them! Then do a Blue Skidoo into a furniture store. Everything has words on it - from the pages of a storybook to the Thinking Chair to Steve's shirt. To figure out what Blue wants to read, Steve will need preschoolers' help to find Blue's Clues in the Living Room, the Kitchen, and even inside a storybook! Math Steve wants to buy one new crayon that costs two Blue dollars.

And to figure out what Blue wants to buy, Steve needs to find three Blue's Clues. It's a day of counting, adding, and subtracting as preschoolers help Steve and friends prepare for a picnic and purchase presents at the Present Store! Blue's Clues- Classic Clues.

Blue's School It's nothing but class at Steve and Blue's house Rhyme Time Steve's playing poet, and Blue and you know it! He's making lots of rhymes, but what does Blue want to rhyme about? Preschoolers play a rhyming game of Blue's Clues while helping their friends make rhyming stories, lullabies, and more. Puppets It's a day of puppet play! Blue wants to tell a story with puppets. Along the way, they'll explore emotions with Tickety and Slippery's puppets, and play puppeteers too! But what does Blue want to read about?

As preschoolers figure it out, they also help Blue's friends find the books they want, enjoy a story with Steve, and even visit librarian Marlee Matlin at the library! What's New, Blue? Everyone's trying something new at Blue's house, and Steve and Blue want to report on it in their newspaper.

Preschoolers help collect stories for "Blue's News," as they look for Blue's Clues to figure out the story Blue wants to put in the paper. And they also discover some really big news - Mr. Pepper are having another baby! Blue's New Place Blue is creating a new special place for herself! What's going to be her favorite thing to do there? Preschoolers play Blue's Clues to figure it out and discover a lot of other new places along the way.

Like Paprika's room! Kids help the big-sister-to-be turn her room into a "big kid" room! Steve's brother Joe! What is Joe going to show? Blue knows, so preschoolers play Blue's Clues to figure it out, and help everyone at Blue's house get ready for Show and Tell! To figure out what it is, Steve and preschoolers not only play Blue's Clues but teach Joe how to play too!

With preschoolers'help, Joe learns to find and draw his first clue, take his first skidoo, and sit in the Thinking Chair to think, think, think! Get Free Blue's Clues educational games, just for the little ones. Download Blue's Clues games to your computer for later use, or play them directly on this page.

This page is maintained because of our families love of Blue's Clues. Make Your Own GloPops!

Magenta is getting glasses! We launch into a game of Blue's Clues to figure out what Magenta will be able to do when she gets her glasses. Blue can't decide what to do today. Salt encourages us to pick a few items from around the house and use our imaginations to invent something new to do with them. Hop on board our cardboard bus and help Steve pick up our friends for a day of pretend school;where Blue is the teacher!

We play Blue's Clues to figure out where we'll be going. Steve and his brother Joe are really happy to see us because they have some big news to share: Steve is going to college today! We play Blue's Clues to figure out what Blue's favorite part of school is and help Periwinkle make it through his first day. Today we meet Moona 'the moon fairy,' who tells us the Legend of Blue. We're in Blue's Room all day today and it's time for our playdate! But what will we play? Snack Time. What Time is it for Blue?