Once Walked With Gods (Elves, Book 1)


But why should the Black Company give a shit?

Elves : Once Walked With Gods - taupamatantfur.ga

They get paid either way. The writing is unremarkable and to the point, which reflects the points of view of the grunts whose stories we follow.

None of the characters are nice, and the combat is never glorified. It's all in a day's work for these sorry bastards, and the epic conflicts of the god-like figures they fight for and against are far above their pay-grades. Gritty humour also abounds, and reading the book is entertaining, and fun, even if the characters are having the most miserable times of their lives.

The world is dark as hell, and made darker by the exploits of the Black Company and their masters. This first instalment in the Demon Cycle is about people barricaded in their homes, shitting themselves with fear, as every night horrific demons appear and eat anyone unfortunate enough to be caught outside.


It's like a zombie apocalypse story, except with medieval technology and an enemy far more deadly than shambling corpses. The protagonist is Arlen, a young man from a small village decimated by demons, who attempts to learn the secrets of 'wards', magical symbols that protect people's homes. The only problem is that the wards will just fail for like, no reason at all, so basically everyone is fucked. The sense of despair and imminent doom persists throughout the novel, and while it decreases in subsequent books when the protagonists become so powerful that the demons no longer pose as much of a threat, this first book is a fantastic work of dark fantasy in its own right.

The line-up of demons is great, with flying horrors snatching people from dark night skies, hulking monstrosities emerging to gobble up loves ones, or impish fire-demons setting light to barns filled with horses. The Crimson Empire.

Once Walked With Gods

The Crimson Empire trilogy, of which there are two instalments published at the time of writing, is one of the best additions to darker fantasy in recent years. It's the story of a pissed-off old biddy who comes out of adventurer-retirement to beat the absolute shit out of those who wronged her. The magic of the world comes about by binding demonic spirits in the flesh of living creatures and then forcing them to do your bidding for the vague promise of freedom, and this lends itself to some pretty horrific body-horror.

The first book is a fantastic deconstruction of traditional fantasy, with noble heroes replaced by drug-addled brawlers, mean old scrappers past their prime, and the aforementioned old biddy, who's named Zosia.

Zosia is a fantastically witty, hardboiled protagonist, who somehow elicits pity and humor at once. The characterization is absolutely top-notch, and the book is impossible to put down, and its sequel is even better. The world is held in the grip of a Spanish Inquisition style religious fervor, and many of the characters are caught between demonic monstrosities and an arguably more monstrous Church. A Song of Ice and Fire. Surely this needs no introduction. Anyone who hasn't been living under a rock for the last five years knows what A Game of Thrones is, and is at least vaguely familiar with the fantastic television adaptation.

The first book turned fantasy on its head when it was first released in , and was an important precursor to the new wave of grimdark fantasy. All of that aside, however, it's still an incredibly dark work filled with ice-zombies, undead, malicious witches and more.

The horror elements of A Game of Thrones are more psychological than anything. There's the immense, unshakeable knowledge that while the petty kings and queens squabble over the Iron Throne, the white walkers march ever closer, and everyone is doomed unless they sort their shit out and work together.

Which, of course, they won't, because they're all a bunch of bastards. Magic is so elusive and unknowable in the Martin's series, and when Melisandre gives birth to a demon shadow baby it's fucking horrifying. There are no established rules of magic, and as such there's no way of knowing what will be thrown at you next, and that's one of the things, beyond the sublime characterization and world building, that makes A Game of Thrones , and the whole Song of Ice and Fire or at the portion of the series that is finished, George so compelling.

Can you really call yourself a fantasy fan if you haven't? Hint: no, no you can't. Kan Savasci: a legend, a warrior, a mage… hero and villain. Tears of a Heart marks the tale of a young man, Aeden, who unwittingly shapes the world. The writing is beautiful, layered, and timely. Chase Blackwood weaves an intricate tale that hints at so much more.

And that may be its greatest challenge.

Tears of a Heart, the first book in the series, was beautifully written, and interesting. It shows us an amazing world filled with detail and depth, but for a portion of it, just a touch slow. The writing, such beautiful writing, overshadows this, as does the ending. Tower of the Arkein , the next book in the series, is where the story truly begins to unfold, and where Chase Blackwood shines as an author. It is fast paced, full of action, adventure, and love. A very strong entry in the fantasy genre, and if the next book is equally as good, expect it to make quite a splash.

You can buy on Amazon now. This first entry into the Red Queen's War trilogy is about a layabout, womanizing, alcoholic prince. He's also just funny enough not to think he's an utter bastard. Okay, he's quite funny. He's torn away from his life of being thrown from women's windows by their enraged and surprised husbands when he's magically bound to an honourable Viking warrior on a quest to save his family from the undead. So, so many undead. While this trilogy and the Broken Empire trilogy are set concurrently in the same world, the protagonist of this book, Prince Jalan, lacks the ruthless competence of the Broken Empire 's Jorg, and as such, the true horror of the undead that run rampant in the world are revealed.

Beyond ravenous zombies and recently reanimated corpses, far more personal and monstrous creatures appear to plague Jalan, and it becomes genuinely upsetting and emotional for reasons deeper than mere horror. Mark Lawrence is a master at drawing you inside the heads of his characters, and at times, Jalan's mind is a genuinely unsettling place to be.

Elves : Rise of the TaiGethen

The prose is superb, and Lawrence has no equal when it comes to intimately personal, first-person fantasy. The Night Angel trilogy is the story of a young, abused street-thief's transformation into a badass, magically-enhanced assassin. As one might expect from a story about learning to kill people for a living, it's more than a little dark. Beyond the grit, moral ambiguity and violence, the Night Angel books have gut-wrenchingly horrifying sections, such as a gigantic magical monstrosity that incorporates the flesh of its victims into itself, or a cannibal with a noose made from the tendons of his victims who drags people into a stinking pit.

These things aren't the exception in these books. They're the norm. Somehow, Weeks also manages to make the books fun and action-packed, and some of the scenes feel like they would belong in a Hollywood action movie. The action is exquisitely written, and the stealth scenes are particularly tense.

The book opens on the protagonist rooting around through mud, afraid from his ife and well, somehow, things manage to go downhill. Or if you like reading sweet action scenes, I guess. Manifest Delusions. In a world where belief defines reality, the world could be a paradise, right? Not in Fletcher's world of Manifest Delusions, where corpses line the streets and narcissists spawn false gods from the beliefs of the gullible masses.

Beyond Redemption is dripping with filthy darkness, as evidenced by the fact that its main protagonists are a brutally violent warrior with a killer sinus infection, a horribly ugly kleptomaniac, and a self-absorbed swordsman. And those are the 'good guys', if such a term even means anything in this context. In Fletcher's world, where belief defines reality, the insane are the magic-users, since they believe falsehoods so strongly that they become true. If someone genuinely believes that that everyone loves them, those around them have no choice but to do so. The monsters between these pages are all human, or at least they once were, and they include walking corpses, a dude who turns into a swarm of scorpions, a morbidly obese mind-controller, and more. 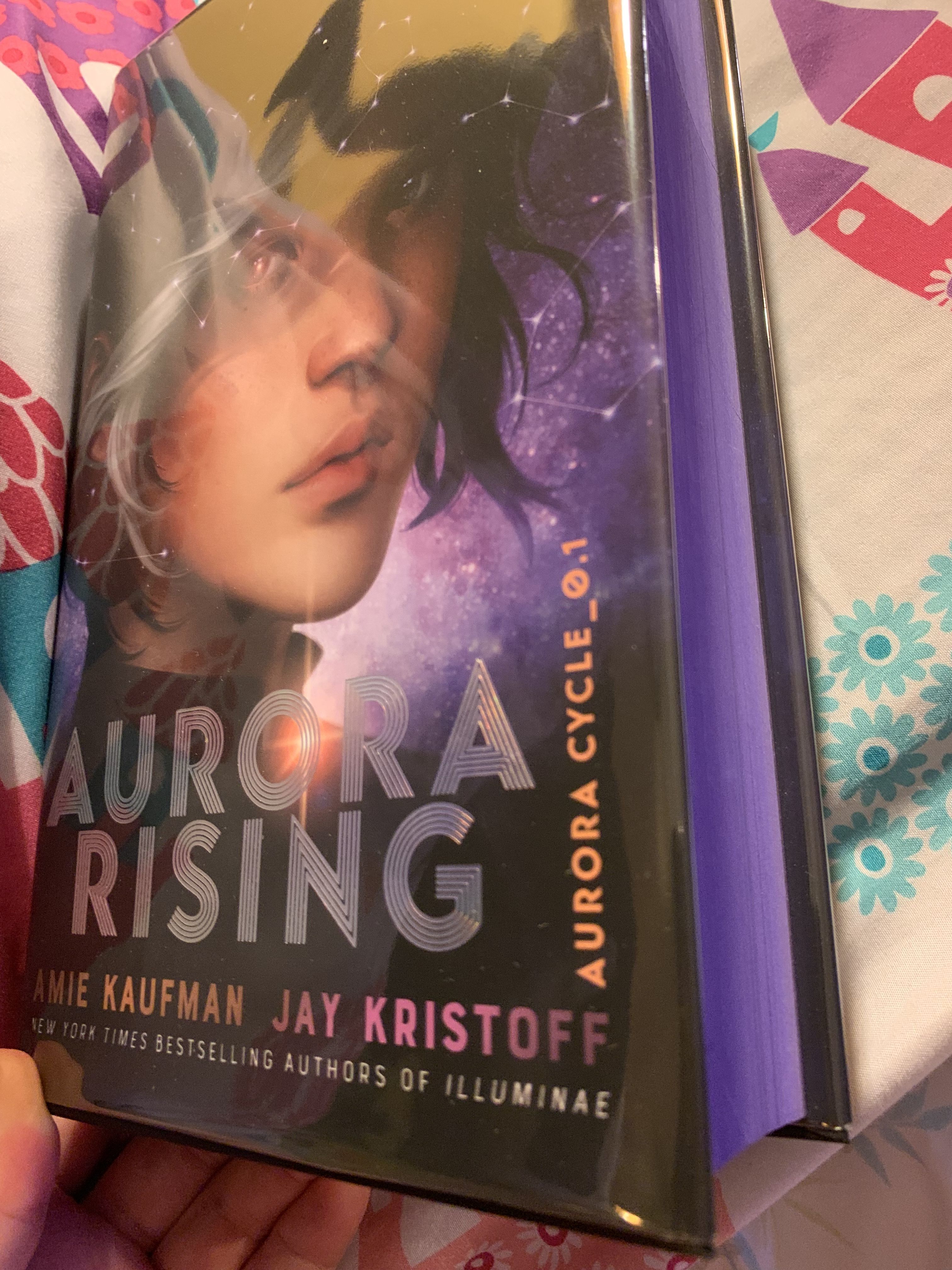 The violence is constant and unrelenting, and I think that technically reading this book counts as a war-crime. The despair and cynical attitude towards humanity are almost too much to bear.

But you're not here to find light and fluffy books, are you? This one is an odd, deeply philosophical tale about gods who walk among normal Americans, stripped of most of their powers because of their lack of worship, and their conflict with the new avatars of idolization, like technology and television.